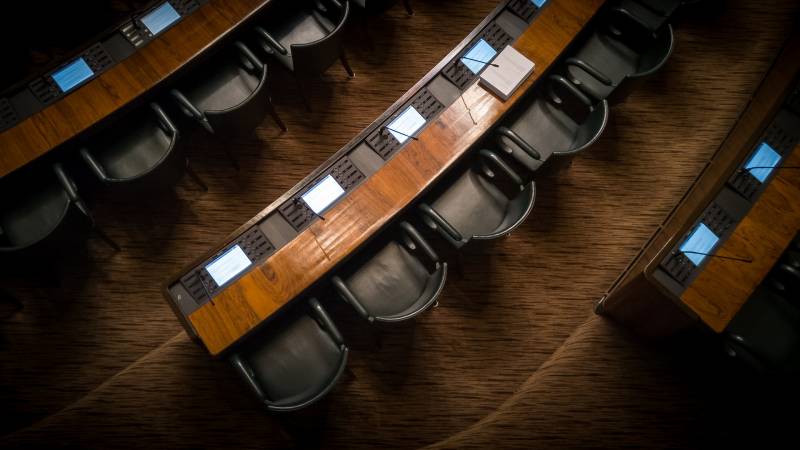 At the beginning of 2020, 3.8 billion people were on social media globally. This number is expected to soar due to the digitization of most operations in light of the COVID-19 pandemic- The political sphere included.

Social media campaigns have tremendous benefits in the form of convenience for voters, ease of manipulation by parties, and unbiased information portrayal. However, their drawbacks lie in their ability to rapidly divide and destabilize a country and regions with lower levels of infrastructural development.

01. Using social media as the MAIN news distributor for an opposition party

Social media is often seen as the unbiased source of political information as it overcomes the limitations of traditional media, in particular, the reporting bias.

As opposed to state media, which is influenced by the existing ruling party, social media has gained popularity as a source of unfiltered political content, allowing politicians to present their stance more holistically without fear of repercussion on the part of the incumbent party.

Dr Felix Tan, associate professor at Singapore Institute of Management, shared that overall traditional media, “would never give 100% coverage to the opposition” due to its allegiance to the government. Opposition parties would then turn to social media since “there is a lack thereof allegiance of some sort” between the ruling party and social media sites. Thus, making social media a platform with genuine “freedom of speech” for opposition candidates to promote their manifestos.

In this case, social media ensures that the fourth estate is held upright in society, rather than becoming subservient to the government.

Let’s take Singapore as an example. Due to COVID-19, the country’s general election was held differently this year. The table below explains the success of Singapore’s opposition in GE2020 where they engaged the public through social media.

The opposition, Workers Party (WP) took their campaigns online to win the hearts of voters. By the end of August, WP had 5,000 new followers on Instagram, gained 1,500 fans on Twitter (among the fastest-growing political accounts) and acquired nearly 170,000 “interactions” during the election period. It was ranked number 1 in terms of interactions despite putting up roughly one-third the number of Facebook posts than the ruling People’s Action Party (PAP). Among its 93 posts were its popular meet-the-candidates videos.

WP did not have the upper hand in financial outlay as seen from the table above. Yet WP’s success in the regions it contested seems to suggest that social media is a powerful tool when used effectively – more powerful, to some extent, than raw financial capital pumped into the campaign in the form of physical rallies and print campaigns.

Dan Pfeiffer, a former advisor to Barack Obama, put it best: “Every minute — every minute — of every day of the campaign will be available live to anyone who wants it, no matter where they are.”

Millennials, who form the majority of newer voters, are particularly attracted to a fast-paced lifestyle. This increased exposure to political news then makes millennials more invested in activism and politics. By increasing the number of voices which participate in the political process and thereby increasing the diversity of viewpoints which are accounted for in the system, social media improves the mostly democratic world.

03. Improving the relationship between leaders and citizens through social media

The glimpses into politicians’ domestic lives which is seen on social media are to appear candid and unexpected. In reality, it is a carefully constructed image put together to highlight those facets of the politicians’ personalities which make them appear more down-to-earth, homely, and in tune with the common man’s problems, rather than an elitist technocrat campaigning for their benefits.

For example, the second famous politician online, Narendra Modi used social media to overcome his negative image from 2002 Gujarati Riots and instead focused on building a picture of development, thus winning the favour of Indians.

04. But it’s not all ‘fair and square’ when it comes to social media and politics

Social media is viable in regions which have a requisite level of infrastructural development, which leaves a large portion of the world’s population out of the equation entirely.

Africa’s digital divide is far more visible between rural and urban areas. Defined as difference in the availability of information and communication technology (ICT) throughout regions, Dr Felix explains that digital divides limit the extent to which social media can take over physical campaigns across larger nations.

So, has that significantly improved domestic politics all around the world? Maybe not.

One can make the argument that only relatively privileged voices are heard on social media, which again entrenches a confirmation bias across such platforms. This certainly poses a serious threat to the power and promise of social media.

Donald Trump’s social media is often used to make controversial and blatantly untrue statements, with 145 out of 217 of his retweets often pushed for conspiracy and fringe content. This is only further reinforced when the content voters are exposed to is usually chosen by an algorithm.

Divisive politics inhibits the constructive debates which allow a country to prosper and instead forces the masses to pick sides.

So, will online political campaigning be here to stay?

The inevitable merging of politics and social media is a double-edged sword. While it helps netizens gain more information and educate people on politics and promotes constructive debates, social media can also present inaccurate information to voters while also being unable to reach regions lacking ICT infrastructure.

While we expect e-campaigns to be a new norm, we should understand the dangers of solely relying on social media for information as it can lead to polarized and divisive politics.